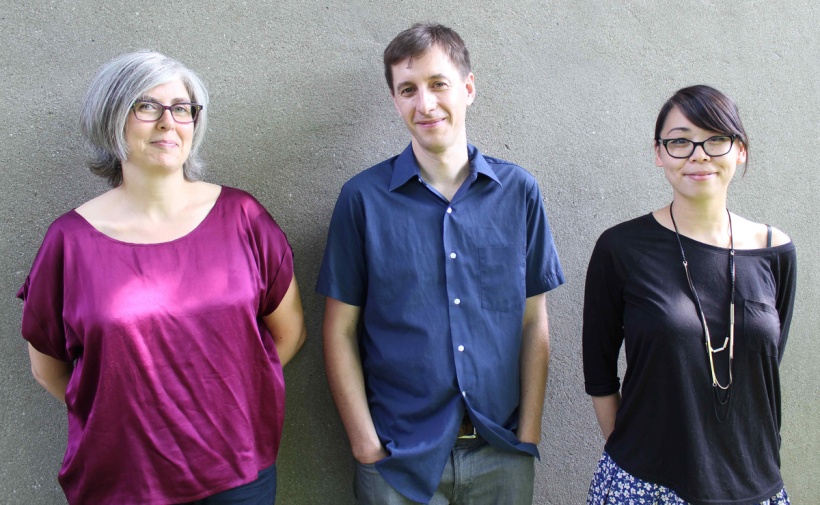 See Through Trio is composed of TANIA GILL (piano), KAREN NG (saxophone), and PETE JOHNSTON (bass). Based in Toronto, the members of the trio share an interest in collective improvisation and collaborative composition. See Through Trio’s music encompass a diverse range of influences, from the 1960s jazz avant-garde of Carla Bley and Ornette Coleman to psychedelic British folk. These distinct sounds are connected by the playful deconstructionist spirit of jazz. See Through Trio performs frequently in Toronto, and has toured the East and West coasts of Canada. Their debut CD Our Own Devices was released in June 2007; Lines and Spaces followed in 2009 and Near Northern Static in 2012 . Their newest album, titled Parallel Lights was released in October 2014.

“See Through Trio offers the listener a refreshing mix of improvised interaction blended with beautiful, clever compositions (and clever titles). Music worth hearing in your mind’s ear.”  (Rob Wallace, papercutrecords.com)

Formed in 2004, the trio’s primary musical influences are the free-jazz innovators of the early 1960s, especially Jimmy Giuffre, Carla Bley, and Ornette Coleman. The subsequent free improvisation scene that developed in Europe is also an important touchstone, as is the psychedelic folk music and progressive rock that emerged from the UK in the 1960s and 70s.  Each member of the group has played in many bands – a wide range of musical styles, including: traditional jazz, math rock, folk, New Orleans-style party music, singer/songwriters, big band swing, indie rock, country, progressive rock and more. These distinct sounds, all of these influences have space to percolate through ensemble improvisation in See Through Trio. Throughout performances and recordings, the playful, deconstructionist spirit of jazz provides the foundation for their music.  Parallel Lights is See Through Trio’s fourth record, and the first with saxophonist Karen Ng, who joined the group in 2013… with Jean Martin as producer and engineer on this recording. 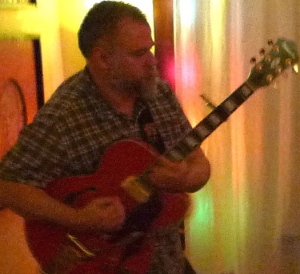 A truly original improvising guitarist with a keen sense of adventure, humour, fire, curiosity and mischief, New Zealander / Hamiltonian CHRIS PALMER can easily rock a house party or stun a literary audience, hypnotizing them with his charm and chops. 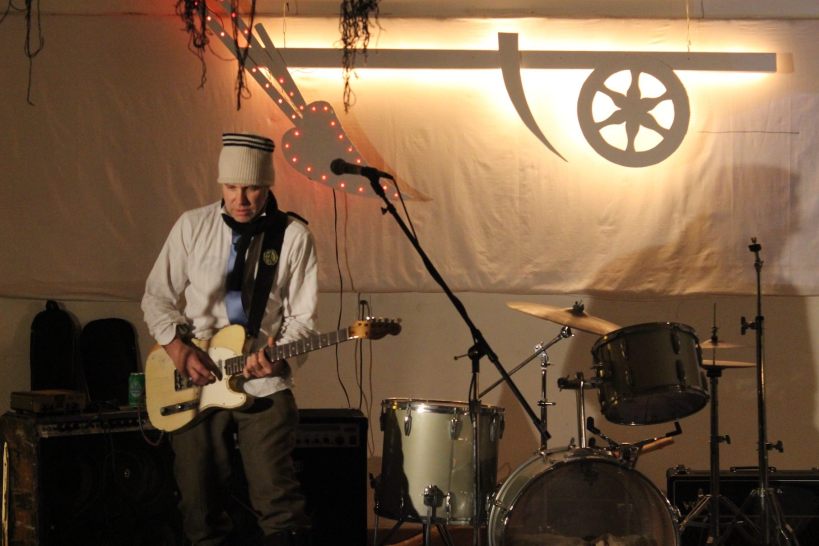 Producer, engineer, multi-instrumentalist artist, one of the founders of 90s avant-rock band The Dinner Is Ruined, DALE MORNINGSTAR plays a rare solo set for us on guitar, keyboards or… if we’re really lucky, a taste of the infamous, amplified stationary bicycle! This very creative force has a slew of exciting tricks up his sleeve, as evidenced on well-known Canadian indie-rock recordings he has produced and played on, both others’ and his.