SPACE IS THE PLACE

The Chicago group Sun Rooms formed in 2008 with Nate McBride playing bass, first experimenting as a free improvising trio and later focused attention on arranging tunes that Adasiewicz wrote during his wife’s first pregnancy in the summer of 2009.

Ingebrigt joined Sun Rooms in the summer of 2013, playing his first show with Jason and Mike in Brazil and later toured Italy and Beligum, which culminated in a recording at a studio in Amsterdam, where the trio collectively arranged a batch of new tunes that Adasiewicz wrote while recovering from spinal surgery early in the year. From The Region will be released on Delmark in August of 2014. 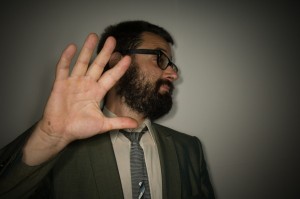 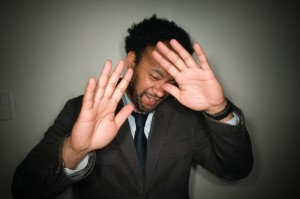 Drummer Mike Reed is the rhythmic catalyst in a number of Chicago’s most arresting ensembles, including the David Boykin Expanse, Rob Mazurek’s Exploding Star Orchestra, My Silence, and duos with Jeff Parker and Mars Williams. Reed has also shared the stage with many of his AACM mentors such as Roscoe Mitchell, Wadada Leo Smith, Nicole Mitchell and the late Fred Anderson. As a bandleader, he’s best known for Mike Reed’s People, Places & Things, a capaciously inventive group devoted to unearthing and reinterpreting Chicago’s forgotten hard bop anthems. Over the past decade, Reed has built a democratic musical empire as a player, bandleader, director of the Pitchfork Music Festival, and founder of the Emerging Improvisers Organization, a nonprofit group that sponsors weekly jazz and improvised music performances.

Norwegian bassist and composer Ingebrigt Håker Flaten is also a musician whose experience is both geographical and aesthetic. While the fertile Scandinavian new jazz scene offered a vast amount of opportunities to work in different bands with musicians whose concepts are as individual as the grains in a reed, Flaten has found home and on-the-bandstand education in places as far flung as Chicago and his current residence Austin, Texas.  A muscular player whose tone and attack run the gamut from Paul Chambers to Buschi Niebergall, his sense of both openness and control serves ensembles as diverse as The Thing, Free Fall, Atomic, Scorch Trio and the Kornstad/Håker Flaten Duo. In addition to his own Chicago Sextet and Austin-centric Young Mothers, Flaten has also recorded and performed with Frode Gjerstad, Dave Rempis, Bobby Bradford, the AALY Trio, Ken Vandermark, Stephen Gauci, Tony Malaby, Daniel Levin, Dennis Gonzalez and numerous others. Flaten studied at the Conservatory in Trondheim (1992-1995), turning professional shortly afterward, yet his hunger to play in new situations with new musicians – schooled or amateur, frequently recorded or just starting out – puts him in a rare class, that of a truly broad-minded artist. That mettle has served him well, living and developing the music under his own steam and drawing from influences as diverse as Derek Bailey, George Russell, Chris McGregor, filmmakers Ingmar Bergman, contemporary pop melody and gritty punk music as well as everyday sights and sounds.

“… but it is arguably with Sun Rooms, his trio with bassist Nate McBride and drummer Mike Reed, that Adasiewicz offers the most direct demonstration of his expansive and highly personal instrumental vision.”

“Nobody here grandstands, fusses over details, or wastes time. Solos take their place in an arrangement and then disappear. There’s no problem of scale or mismatch of affect to material. It’s a modest and affecting band, in control of its mood.”

” Adasiewicz and colleagues showed how three players can create vast waves of sound while keeping the music utterly transparent and luminous.”

Influenced by larger improvising ensembles like Globe Unity, Sun Ra, Chris McGregor’s Brotherhood of Breath, AACM big band and David Murray’s octets, this 9-piece band daringly combines the talents of some of Toronto’s younger generation of jazz musicians. “Given that this band contains some of the city’s finest players,” writes Toronto’s Joe Strutt on his blog Mechanical Forest Sound, “every show they play should be an event … do make a point of coming out and digging this.”

The orchestra was formed in June 2013 by saxophonist Jay Hay and drummer Mike Gennaro as an extension of their long-standing duo.  Drawing on their pool of musical peers in Toronto’s jazz and creative music scene, the pair cobbled together a revolving line up of musicians to form an ever changing palette of sound and texture.

The band’s repertoire comes from the members. They perform original compositions by Jay Hay and Tom Richards, as well as Don Cherry and even a Brazilian folk tune.  These composed elements are balanced with improvised interactions and conducted improvisation.  The result is an openness and freedom that allows the players to interact and an air of spontaneity to permeate the performance.

All these musicians have played together in some combination before.  Jay, Jeremy and Mike Smith in Canaille and recently Famous Wildlife Movies.  Jay and Jeremy in The Swyves.  Tom, Jay, Jeremy and Mike Smith in The Big Sound.  Jay and Karen have a new group with Joe Sorbara called The Imperative. Jay and Mike Gennaro play as a duo. Tom and Jay play with Enoki’s Insect Orchestra.  Most of the members of the orchestra are members of AIM Toronto.